Last week I had a chance to cath up with some friends from gradschool in the US, all of them trained as political scientists. And as I expected, none of them had ever heard the term “political settlement”, which features so prominently in development debates this side of the Atlantic (to be honest, I myself first heard the term when applying for my current position in ESID). Why is the central concept in British development politics absent from American academia? And, is there a way to bridge the gap so that we stop talking past each other?

If you work on development politics in the UK, Western Europe, and increasingly some African and Asian countries, chances are you have encountered the idea of “political settlement”: perhaps through the work of Mustaq Khan, or through that of James Putzel, or even through the British government’s own definition, as formalized by the UK Department for International Development (DFID); call it the SOAS-LSE-Whitehall triangle, if you will.

Khan 2010: “A political settlement is a combination of power and  institutions that is mutually compatible and also sustainable in terms of economic and political viability.”

DFID 2010: “The concept of a ‘political settlement’ describes the types of informal as well as formal political bargains that can end conflict and bring sustainable peace, promote reform, development and poverty reduction – or fail to achieve any such progress.”

There may be doubts about what a political settlement actually is – a causal fatcor, a mechanism, an empirical outcome, a boundary condition… – but people here tend to agree that, whatever it is, it matters for development. However, if you were raised within American political science – navel-gazing as it can be at times – then the entire notion of political settlement is basically alien. One may then wonder: is the political-settlements framework drastically different from American approaches? And are there any American alternatives to political-settlements analysis? 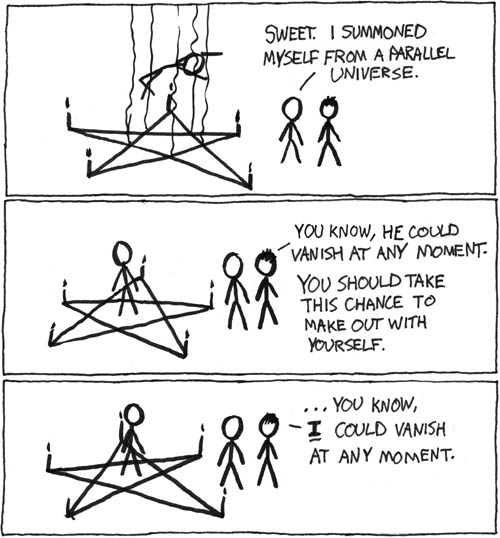 If I remember my graduate courses properly, American comparative politics – and therefore the sub-sub-field of political economy of development – used to categorize its theories according to the three varieties of institutionalism: rational, which is driven by actor strategies and decision-making; historical, which is driven by long-term path dependence and critical junctures; and cultural/sociological, which is driven by the role of norms and identity. The common ground between these approaches is the relative emphasis on causal factors – strategies, historical paths, ideas – affecting institutional outcomes. But paradigmatic debates thrive on exaggerating differences, and so the American debate has evolved into competing scholarly agendas basically following an early paladin of each approach: Douglass North for rationalists (although his later work tempers the original focus), Charles Tilly for historical institutionalists, and Clifford Geertz (for lack of a better figure) for culturalists.

Reading Mustaq Khan and others inspired by him one would think that the political-settlements approach is a reaction to early-North-style rationalism, but one taking place in a parallel universe in which the other two varieties of institutionalism never came to be. In fact, Khan (2010) very much takes the work of North on formal/informal institutions and that of Oliver Williamson on transaction cost as a starting point for his critique: he argues that the enforceability of institutions depends on the support of powerful groups in society due to the distributional implications of any institutional configuration. Now, this is either an interesting hybrid between ne0-Marxist and new-institutionalist thinking, or a very fundamental misreading of North, who – I would claim –  posited that the investment of powerful actors is inherent to an institutional equilibrium, and moreover that over time other actors adapt to dominant institutions and become invested in their perpetuation. Any theory of incentives subsumes a theory of distributional implications. The only difference in this particular case is the specific focus on “classes” and “powerful groups” instead of the broader – and more sanitized – “actors” and”organizations”.

Delving deeper into the mechanisms through which political settlements shape institutions, what we find is some form of unspecified bargaining. If we take the political settlement as an end result, then this framework for development is basically a re-working – without the clarity and parsimony – of basic game theory, in particular bargaining games with perfect information: elites know what they want, they know what the others want, and eventually the settle on an institutional make-up that accommodates their interests. Change in political settlements, much like change in basic game theory, apparently comes from exogenous shocks that cannot be accounted for within the settlement itself: we know how to solve the game, but not why or how to move between games.

Alternatively, if we take the political settlement as an ongoing and evolving process of bargaining that never quite crystallizes, then I could see something in this theory that rational institutionalism cannot deliver: an explanation for change over time. Unfortunately, I have yet to see a model of political-settlement that actually incorporates time on the equation (there may be one out there!), which makes me suspect that the original settlements approach is nothing but rational-institutionalism with the serial numbers filed off. It somehow presents itself as an alternative to rational-institutionalist theories, but in essence it perpetuates its basic assumptions without incorporating historical dynamics or ideas in a systematic fashion. The lack of an explicit theoretical model complicates things further, enabling many claims about what political settlements are or can explain without empowering researchers to replicate analyses or falsify expectations.

When I first tried to think of a parallel in American political science to political-settlements thinking, I immediately went for selectorate theory. Developed by Bruce Bueno de Mesquita and co. in The Logic of Political Survival (2003), this theory tries to model the provision of public and private goods by political leaders depending on the relative size of the winning coalition (the minimum coalition required to stay in power) to the selectorate (basically all the elites who could influence the choice of leader). It is an elite-based model of development outcomes which deals in loosely the same concepts – bargaining, power groups, social classes – as Khan and his followers, but doing so in a more structured and explicit framework that adds leaders as distinct actors with their own agenda, and a theoretical justification for why some elites matter in some contexts but not others.

Another parallel that I could highlight – and one that arguably delivers on the same promises more effectively than political settlements –  is the theory of endogenous institutional change developed by Avner Greif (a frequent North collaborator), which forms the basis of his book Institutions and the Path to the Modern Economy (2006). Seeking to bridge the rationalist-historical divide, Greif developed an approach to institutional stability and change based on the idea that some of the parameters inherent to a strategic game could change in the course of the game itself, thus resulting in a dynamic of punctuated equilibria foreshadowed by Stephen Krasner a good two decades ago.

There is one additional parallel not devoid of some significant – even massive – irony: Douglass North‘s own recent work with John Wallis and Barry Weingast on Violence and Social Orders (2009) emphasizes the causal role of elite dynamics in generating institutional and organizational orders. In fact, I have seen some discussions at ESID and elsewhere using political settlements and social orders interchangeably. Much like Khan’s work, moreover, North and co.’s recent work fails to provide a persuasive explanation for change, instead enumerating a few “doorstep conditions” that signal the transition from a closed to an open order. (By the way, the same inability to theorize change is also present in Daron Acemoglu and James Robinson‘s Why Nations Fail [2012]).

The best American parallel to political settlements that I have been able to find actually comes not from the political economy of development or purely institutional comparative politics, but from the study of social movements and social contention. In particular, the book Contentious Politics (2007) by Charles Tilly and Sidney Tarrow presents an analytical framework with eerie similarities to political settlements, but one in which the central concept is that of regimes, which “consist of regular relations among governments, established political actors, challengers, and outside political actors, including other governments”. While their interest is on how different types of regimes shape opportunities for contention, the focus on competition between elites manages to mirror and then expand political-settlement thinking by introducing a role for ideas, non-elites, and transnational forces. In fact, this is more closely aligned with ESID’s own “adapted political settlements” or “political settlements plus” approach, which tries to remedy some of the shortcomings of Khan’s original approach.

The challenge of analytical rigor 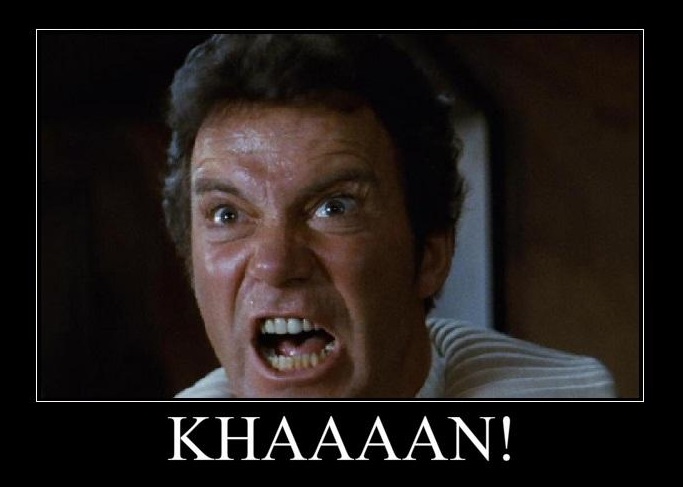 While I was in gradschool I developed a certain antagonism towards the methodological obsession of American political science: I was often a critic, frequently a naysayer, and sometimes even a spoiler in debates about parsimony, observable expectations, or methodological rigor. However, once in the UK I realized that my training actually prepared me to look for holes in others’ theories; it also made me self-critical enough to at least aspire to greater coherence and consistency in my own arguments. A contrarian to the end, it seems like my methodological inclinations are somewhat relational: while in the US I denounced the methodological demands stifling academic creativity, and now in the UK I tend to rail against unsubstantiated claims supported by underdeveloped analytical models.

Political settlements are neat, I get it: they promise to fix the analysis of institutional change by reconciling actors, bargaining, resources, ideas, formal institutions, and informal institutions. But political-settlements thinking remains that, a promise, at least until such time as it can move beyond mere thinking and actually become a political-settlements model (or models). Looking back at selectorate theory, endogenous institutional change, social orders, or regime contention, one finds precision in the definition and articulation of concepts, clarity in the development of hypotheses and implications, and an explicit presentation of all the moving parts in a model. Perhaps political settlements have not made the jump across the Atlantic because they have none of that. The very fact that the main intellectual foil for this agenda is a 20-year-old straw man with the interchangeable labels “new institutional economics” and “Douglass North” signals to me that the approach has yet to reach theoretical maturity.

So much promise, yes; but still a lot of work before we can deliver on that promise. Perhaps building on what others have been doing across the pond would be a good way to star moving in the right direction.