Whenever I am in writing mode my mind makes strange leaps to justify a connection between work and fun. Take these two things: my fondness for DC Comics superheroes, and my work in international development. And here’s the leap: in this (recycled) post I argue – in a totally unscientific manner – that the international development community can reflect on its own potential and shortcomings through the lens of super-powered humans. Let me tell you how it works. 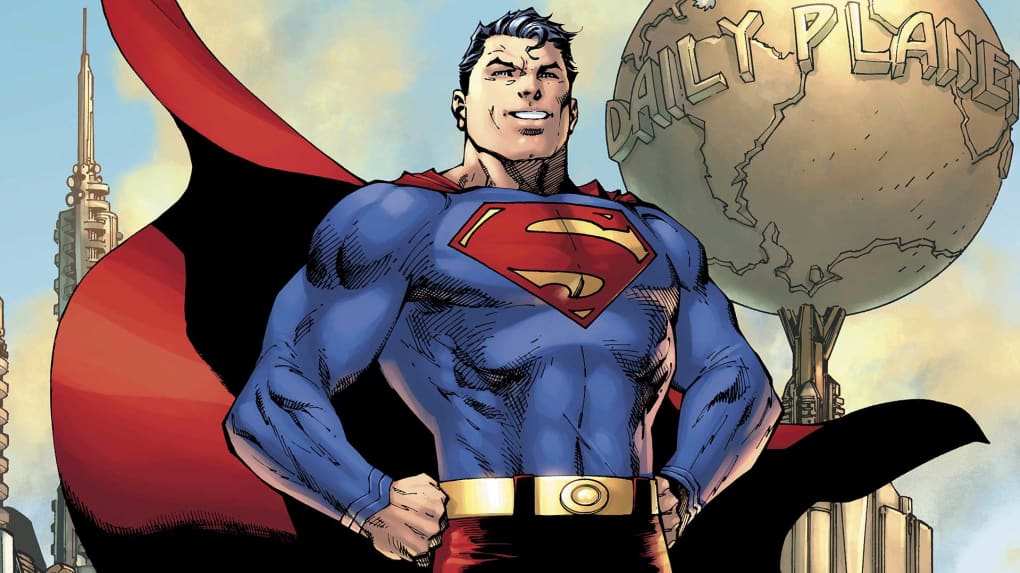 There seem to be two extreme narratives about foreign aid.

For staunch supporters, aid is like Superman: powerful, altruistic, humble – a force for good with enough power to make the world a better place. The Man of Steel is an expression of our innermost desires to defend the powerless from predators, to make things right through sheer might. Consider the hundreds of millions of dollars invested by the World Bank into huge infrastructure and poverty-reduction projects: instead of a cape, Bank staff wear suits, instead of an S their emblem might be a big B, they rely on super budgets instead of super strength, on analytical work instead of x-ray vision, and their global presence is equivalent to Superman’s ability to fly around the world doing good. Of course, there will always be people unwilling to trust such a powerful self-proclaimed force for good: who appointed Superman Earth’s protector? How can such strength be held accountable? What stops him from turning despotic and becoming a force for oppression?

Regardless of skeptics and naysayers, however, these are not the right questions, because aid as an all-powerful force for good is clearly a myth: there is no Man of Seel in development, despite the hopes of people like Jeffrey Sachs.

For staunch detractors, foreign aid is probably much closer to Lex Luthor: a scheming and domineering force for profit. Luthor is possibly the smartest man in the world, constantly developing new technologies and building up his corporate empire while remaining one of Metropolis’s biggest philanthropists. He can wield his power to sway governments, and at least in some versions of the DC universe he has actually become president of the United States. It is difficult to say whether Luthor is evil or simply selfish, but in any case he places his needs and ambitions above everyone else’s. There is a powerful case to be made for an aid industry full of Lex Luthors: the term “industry” itself is telling, but so are the hefty amounts of money that consultants and private firms charge to taxpayers in exchange for technical solutions.

Aid agencies too are still very much money-centric organizations, concerned with pumping funds out the door to justify their own existence. However, the fact is there is no single evil mastermind behind foreign aid’s many shortcomings: what some people like Bill Easterly might attribute to malice or profiteering may very well be a constellation of individual mistakes and organizational failures, together with the fact that development is a really hard thing to achieve in the short term. Aid is not a supervillain, just like it is not a superhero.

It turns out that Metropolis – with its good and evil archetypes embodied in Superman and Lex Luthor respectively – does not contain good metaphors for foreign aid. We need to look elsewhere to find shades of gray, self-righteous vigilantes and sleazy politicians: perhaps the parallels we need reside in Gotham.

I suspect many insiders would consider foreign aid to be something closer to Batman. What are the central qualities of the Dark Knight? Wealth, a detective’s mind, and a strong sense of moral certainty. Bruce Wayne has used his family fortune to provide the Batman with the best analytical technology possible, artificially extending the already impressive skills of the world’s best detective.

The parallels are intriguing: consider the aid industry’s massive budgets relative to poor country’s revenues, together with a veritable army of experts ready to collect data and write endless reports about how things work and how to improve them. Batman is animated my an almost visceral desire to end crime, circumventing the slow pace and corrupt nature of law and order to get things done; the one rule he does abide by is not killing anyone, which is why he does not carry a gun. Similarly, aid practitioners are often motivated by a very personal desire to end poverty, and the belief that aid programmes operating outside of formal domestic processes can get things done more quickly than messy democracies and inefficient markets. Just like Batman, however, there is a code that limits this drive: the “do no harm” imperative.

However persuasive the Batman analogy might be, there are some missing elements. In particular, Bruce Wayne is obssessed with his crusade against crime, deriving no personal benefit from it and even sacrificing his own health and personal satisfaction to it: he is a troubled, self-destructive loner, probably a psychopath whose links to reality are reduced to the memory of his parents, the unwavering support of his butler Alfred, and a handful of friendships with people like Robin or Commissioner Gordon. I would be hard pressed to say the aid industry is so self-sacrificing, single-minded and obsessive, when in fact it can be fickle, distracted by shiny things, and motivated by an uneasy mix of altruism and self-interest.

The aid industry, I believe, is closer to Catwoman. 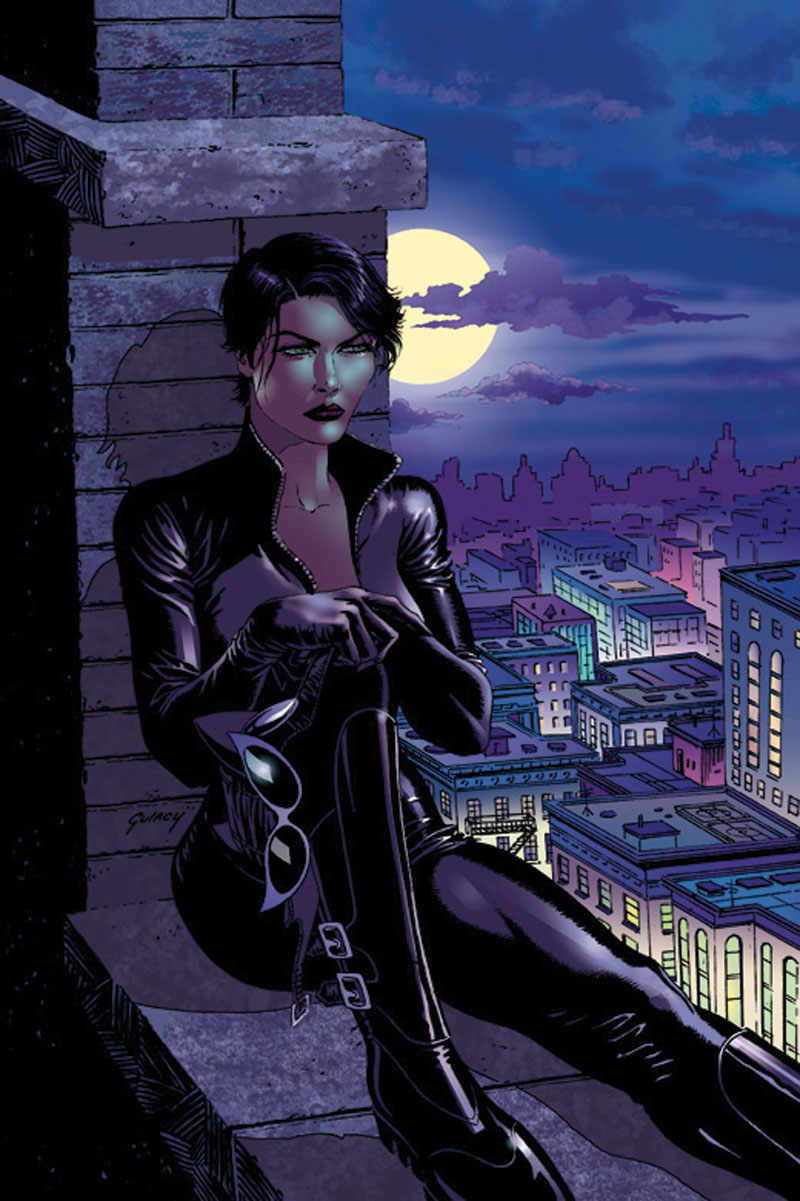 Although a central member of Batman’s rogues gallery, Catwoman in her various incarnations is neither evil nor a complete sociopath. She is a thief who is as likely to side with other criminals as with Batman in pursuit of her own goals. She is on nobody’s side, which means that she can be on anybody’s side as the circumstances demand it.

Selina Kyle – the woman behind the mask – is clearly partial to the poor and disenfranchised, given her history as a teen orphan exposing corruption and later a prostitute trying to escape her pimp. Just like much of foreign aid, Catwoman has a problem with the very powerful, shom she considers to be basically corrupt, and does not trust the system to help those at the very bottom. She does not shy away from benefiting herself by taking from the rich, and yet she will side with Batman and the forces of good when an even greater power threatens to oppress everyone. For The Cat, unlike the Dark Knight, there is no objective right and wrong: instead, there is predator and prey.

In sum, Catwoman is a complicated figure, often selfish but capable of altruism and sacrifice, a supporter of the poor who distrusts entrenched power and authority.

Sounds familiar? I think it does.