These days I am writing a paper on how the STAAC programme that I work on in Ghana has managed to chart a bespoke adaptive programming course to anti-corruption. There’s a lot in there about embedding PEA into everyday practice, about being smart and adaptive, about doing things differently. And you would expect as much from a DFID programme designed with TWP/PDIA buzzwords in mind. But the exercise of reflecting on two years of experimentation with the approach and evolving relations with partners has also made me ask questions about the broader dilemmas of anti-corruption programming.

The challenges of combatting corruption are well known: informal institutions, social norms, principal-agent and collective-action poblems (I have written about some of these in my book). In fact, corruption tends to be one of the most difficult components of the broader public sector agenda. Naturally the anti-corruption community – such as it is – appears to be developing a new consensus that challenges conventional approaches to anti-corruption, compiling evidence of what works, and asking for a smarter way of tackling an intrinsically difficult problem: we need to “move away from thinking of anti-corruption as a blueprint”, finding solutions that are “localised and adapted to individual country contexts”.

All of this sounds great, and is very much in line with DFID’s own approach to chain-link, politically-smart, adaptive approaches to anti-corruption. There is just one minor glitch: local partners do not necessarily share this view.

STAAC works in Ghana with three types of actors, broadly speaking: executive and judicial bodies, civil society, and other donors. And almost all of them, in my experience, follow a mentality very much in line with that “getting to Denmark” trope: they are not so much angling for a unique Ghanaian solution to corruption, so much as a set of reforms or steps that will get the country closer to the institutional ideal. In other words, these reformers, advocates, and sponsors of anti-corruption are working in a best-practice world.

Executive and judicial reformers are concerned with better systems: software and processes for analysing reams of suspicious financial transactions, investigations manuals to ensure more standardised and higher-quality investigative work, or case tracking and management systems that allow for a more concerted effort across the anti-corruption chain. Many of these reformers belong to professions guided by standards of practice: lawyers, auditors, police officers. Many of them gather regularly with peers in other countries, or attend international conferences on the latest and best institutional tools. Even when you may suspect hidden agendas or contradictory incentives, stated preferences are always about making Ghana more “modern”.

Civil society actors are concerned with accountability, transparency, and justice, which are hardly situational goals. That is why they set up initiatives that invite whistleblowers to come forward and threaten corrupt officials with relentless media attention. It is why they create citizen scorecards on the quality of basic services, or scour the technical minutiae of oil exploration contracts for evidence of favouritism. They know that these are tall orders, depending on the sector; that they are likely setting themselves up for disappointment. But they are convinced that this is a fight worth fighting, and their ideals tend to be non-negotiable.

Finally, international actors themselves tend to support the adoption of best practices in taxation, trade, procurement, or private sector regulation. For all donors, it is a way to ensure their aid will not be misappropriated; for bilaterals, in particular, it is a way to guarantee that their countries’ private companies will be able to enter new markets on a level playing field.

Good enough for whom?

I am fascinated by the contrast between the commitment to best practices by local actors, and the disappointement with those same practices by international actors.

It took the international anti-corruption/public sector community a couple decades to fully realize that “good governance” was a hard thing to do. Merilee Grindle, an astute observer of bureaucracies, was one of the early critics of an agenda that in the 1990s had tried to do too much. Her suggestion of “good enough governance” could be interpreted in one of two ways: take a chill pill and lower expectations; or be smarter about what can and needs to be achieved in order to reach the “distant possibility” of good governance. Interestingly, there is a lot in her 2002 piece that rings familiar now: use research to understand context, move beyond systems and rules, consider civil society, tailor governance initiatives to local conditions, etc. It is a testament to Merilee Grindle’s prescience that many of her suggestions are now in vogue, some of them becoming their own burgeoning agendas.

I have written elsewhere that a potential consequence of this critique, and of the broader dissapointment with the public sector reform agenda, was a move beyond the messiness of bureaucracy. Social accountability initiatives looked for ways of incentivizing greater government effectiveness via responsiveness, monitoring, or transparency. But of course information does not automatically translate into citizen action, and the “short route” of accountability can sometimes be longer than the “long” one. Leadership-centred approaches, like some of the work done by the Africa Government Initiative, seek to cultivate committed and effective leaders, hoping to unleash everyone’s inner Paul Kagame. But they run into the usual problems of clientelism, authoritarianism, and prebendalism.

And then we have policy experimentation, an old-ish idea whose time had finally come through the work of Matt Andrews and his colleagues in Harvard. It was born out of a critique of “best practice”/”blueprint”/”isomorphic mimicry” approaches that simply translated Denmark’s institutional templates to poor countries. Under cover of the PDIA acronym, or inspired by it, adaptive and experimental proposals have proliferated like flowers blooming in the spring, or mold colonizing a damp bathroom (depending on who you ask). I still have some questions about the tools of PDIA, and what it can actually deliver. But no one will deny that Matt Andrews has had a transformative and constructive role in reorienting development debates.

And still I was always left with the nagging suspicion that all of this was really, ultimately, for the benefit of aid actors seeking better project performance (as Merilee’s “good enough governance” papers), and not so much for local actors seeking better institutions. In addition to that, I have always thought that PDIA-style approaches are excellent for figuring out alternative paths to service provision wherever the state is afflicted by capability traps: the message of properly defining problems and finding the most workable solution makes perfect sense there. But more upstream problems, like budget preparation or monetary policy, may not be so amenable to experimentation; in fact, there appears to be a whole lot of isomorphism in central banks and ministries of finance around the world, without anyone raising a ruckus about it.

The same could be said of anti-corruption, which at the end of the day is based on precise legal definitions, often with criminal implications.

In their excellent book Development Aid Confronts Politics: The Almost Revolution, Diane de Gramont and Tom Carothers made a startingly intuitive yet deceptively useful distinction between political goals and politically-smart methods. Whereas the former advance explicitly political objectives, like democracy or human rights, the latter entail a better understanding of how local political conditions affect the pursuit of policy objectives, whatever those might be. Political-economy analysis/Thinking and Working Politically, for instance, would be fully in the second camp: methods or approaches that help achieve policy goals by investigating the political-economic context for operations.

What is interesting about the rise of an adaptive ethos in anti-corruption programming is that it blurs the line between political goals and politically-smart methods. Regardless of how much we bury it in technical jargon, anti-corruption is ultimately a political goal. That is why there are high-level international summits or international treaties that deal with it, whereas you would probably struggle to get Theresa May or Nana Akufo-Addo to attend a conference on politically-smart programming. Combatting corruption – despite all the messiness about what corruption actually encompasses or how much commitment there is to fight it – is a compelling and pervasive normative idea in the 21st century world: an idea about how the world should be. In contrast, adaptive anti-corruption programming, and the long genealogy of critiques that preceded it, rest on a set of cognitive ideas: ideas about how the world works.

Going back to my experiences with adaptive anti-corruption programming in Ghana, it appears very clearly to me that we are still operating under a “best practice” logic: the obvious issues are institutional ones, and so the obvious prescriptions are also institutional. And oftentimes we have to live with whatever political priorities are set by the government. This has implications for “smart” or “adaptive” approaches. A president cannot stand at a rally and simply proclaim: “Corruption is too hard, my friends! Therefore we will focus our efforts on good-enough enforcement. Get used to it.”

Focus on the journey, not the destination

If goals are pre-ordained and imbued with normative desirability, then is there any real room to experiment and iterate? I think so.

In STAAC, what our adaptive and politically-smart approach has achieved is not questioning the destination, but the journey itself. Ultimately, we want to help state partners establish the institutions that they seek, but we also work to point out the ancillary and second-order problems (often organizational and coalitional) that need to be resolved before institutions can actually function. Likewise, we want to help civil society partners defend their ideals on zero tolerance about corruption, but we do so by working with them to identify the most productive strategies to advocate such ideals. And we want to help other international partners find the most efficient and politically-smart ways of working together to help local partners implement effective reforms.

And that is my reading of what adaptive programming can do for anti-corruption. I don’t think we are in the business of iteratively finding innovative policy solutions, such as new legal definitions or new mechanisms for dealing with corrupt practices. What we can do is develop innovative tactics and strategies to help local partners achieve their normative goals in a smarter, more tractable manner.

In other words: we try to find the best-fit methods that will help us all reach our best-practice goals.

It may be an obvious thing to say, but that does not detract from its significance, I’d argue. And it might be a good basis on which to build a “good enough” agenda of anti-corruption that is able to move beyond acronyms and buzzwords. 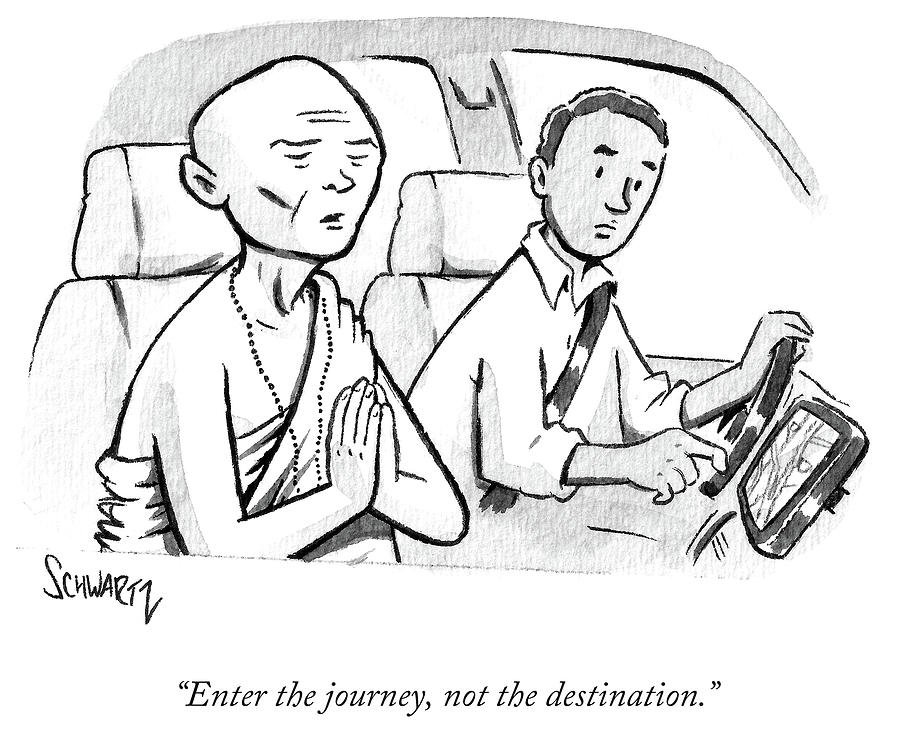